Cash flow and bad bookkeepers are the #1, and #2 reasons construction companies go out of business.
Do NOT hire any Contractors Bookkeeping Service until you read this guide.

The Contractor And The River Of Construction Commerce

The River Of Construction Commerce Has Two Areas

The Bad Area - Is where contractors without a Clear Business Strategy operate their Construction Company. Inside the rapids which are shallow, narrow, with boulders, trees and wrecked Construction Companies. It’s loud, rushing, churning like a Wild Roller Coaster with its violent ways which will exact a toll on even the strongest most determined contractor. In time it will wear them down to where they are dispirited and heartbroken or simply heart stopped and flat broke.

The Good Area - Is deep and wide with a sandy bottom and meanders quietly and calmly. It is like riding a Peaceful Merry-Go-Round and those Construction Company owners can become wealthy.

This Is Frank’s* Story - It started one day when the idea of owning his own Construction Company popped into Frank's head, grabbed his attention and said “Let’s do this!”

That Particular Friday - In December the boss had just told Frank that he needed to increase his production. The very idea that his boss would suggest such a thing made Frank's blood pressure go up and Frank was angry about it all day!

The Following Day - Frank's close friend Bob stopped by Frank’s house to visit and Frank mentioned the boss’s remarks.  Bob had been encouraging Frank start a Construction Company for years and before you know it Frank The Hot Dog Remodeler, Inc.** was born.

With A Box Full Of Enthusiasm - And a pocket full of "Can-Do-Attitude" Frank launched his brand spanking new Construction Company into what looked like the Good Area of The River of Commerce. For a while everything went well. No boss breathing down his neck, No pesky customers to satisfy, no employees with unreasonable demands, no taxes due, nobody gives Frank any guff. He was a free man and life was good!

Then It happened - Frank’s phone rang and it was Bob calling to suggest that perhaps Frank could come to his house and build a deck on the back side of his two story house.

And So It Began - Frank had his first customer, the one who would help launch him on his journey down the river.

Bob Said - "Hey Frank since you don't have any overhead you could do the job at a really, really low price. And in return I will have lots of parties to show off my new deck to all my friends and neighbors which will send lots of business to you!"

Frank Spent Time Drawing Blueprints - For the new deck. Bob suggested another cost saving idea that he, Bob could pay for the material using Frank's discount at the local lumber yard.

Frank Got The Building Permit - And the work started. Two weeks later it was finished and it looked great!

Frank Was Embarrassed - To ask for money for his labor so he asked Bob to suggest a dollar amount.  Bob said since Frank was working for $20.00 an hour at his previous job that would be a fair price. Especially since Frank would get the entire $20.00 and no taxes taken out…what a deal!

A Short While Later - Frank started getting lots of work at $20.00 an hour because he was a nice guy and didn't mark up the material like his old boss, the greedy no-good Remodel Contractor.

Frank Was Generous - Because he provided the little bits of hardware like a few nails, screws, caulk, glue, tape, shims, wire-nuts, bolts, nuts and washers at no charge.

Frank Was Just Entering - The white water rapids in the Bad Area of The River Of Construction Commerce and didn't even know it!

Frank Needed - To bring in other trade contractors like plumbers and electricians to do things he was not skilled or licensed to do.

Customers Told Frank - It was unfair for him to expect to be paid his $20.00 an hour for the time he spent calling trade contractors, scheduling jobsite visits to review the scope of work, gathering bids, reviewing them with the customer, scheduling the trade contractors and overseeing their work. The customers told Frank he wasn't doing any real work; it was a mini-vacation from swinging a hammer; they said with a grin and a smile.

Then Frank Figured Out - His truck was part of the $20.00 an hour he was charging and that it cost money to buy fuel, oil changes, tires, tune-ups and other maintenance and that it needed to be replaced because it was in bad shape.

Frank Suddenly Realized - His $20.00 an hour was paying for his truck expenses, cell phone, hand tools, equipment, maintenance, repairs, small supplies like a few nails, screws, caulk, glue, tape, shims, wire-nuts, bolts, nuts and washers and his time to schedule trade contractors. All those things that seemed unfair when his old boss charged his customers for them began to make sense in Frank's Mind and he began to understand why he needed a Business Strategy.

The River Was Getting - Rough, loud and mean and the white caps were tossing his little Construction Company around like a rag doll caught in the mouth of an angry dog that had not been feed in three days!

In Order To Make Money - And keep his Construction Company afloat he decided to hire some skilled labor and that is when he was just rounding the corner to the bad part of rapids on the river of construction commerce.

Frank Found Out - Real fast that skilled construction workers don't work for less than $20.00 an hour plus benefits, vacation, retirement, health insurance, bonuses and everything else he used to ask his boss for back in the bad old days of being an employee.

Things Had To Change Fast - So Frank raised his rates and lost all of his price conscious customers. Now Frank was in trouble and going over one of the many waterfalls in bad part of The River Of Construction Commerce.

Fortunately Frank - Had a friend who was a trade contractor and referred him to someone who he knows, likes and trusts; The Contractors Accountant and Construction Business Coach who can help him develop his personalized Business Strategy.

Randal Tossed A Lifeline - By offering Frank at No charge a one-hour consultation which he immediately grabbed and held onto it for dear life.

Frank Became A client - And in time he changed how he saw the world and understood there is a Hall of Justice but there is no Hall of Fairness. And that it is up to every contractor to put as much thought and planning into their Business Strategy as they do into developing a set of drawings for a construction project if they want to have something more than owning a job that nobody wants to buy when they are ready to retire.

Frank's Construction Company Coach - Helped him understand he had to choose between being RICH or RIGHT. Frank chose RICH and as a result his construction company **Frank The Hot Dog Remodeler, Inc. made him a very wealthy man.

*Frank is not the contractors real name; it was changed to protect his privacy.

**Frank The Hot Dog Remodeler, Inc. was used to protect the identity of the firm.

Profitable Construction - Companies have known about the value of outsourced bookkeeping services for a long time and now you know about it too!

We Scan Your Receipts And Invoices link them to your QuickBooks or Xero transactions where it is appropriate and give you back a CPA-ready packet for your tax return and we provide ongoing Cloud Based Contractors Bookkeeping Services by accountants who understand construction.

Thinking About Outsourcing Your Contractors Bookkeeping Services To Save Time And Money? 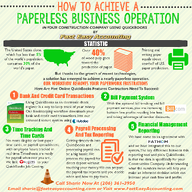 We Are Xero Accounting Experts Specializing In Construction Bookkeeping Services

Randal DeHart, PMP, QPA is the co-founder of Business Consulting And Accounting in Lynnwood Washington. He is the leading expert in outsourced construction bookkeeping and accounting services for small construction companies across the USA. He is experienced as a Contractor, Project Management Professional, Construction Accountant, Intuit ProAdvisor, QuickBooks For Contractors Expert and Xero Accounting Specialist. This combination of experience and skill sets provides a unique perspective which allows him to see the world through the eyes of a contractor, Project Manager, Accountant and construction accountant. This quadruple understanding is what sets him apart from other Intuit ProAdvisors and Xero accountants to the benefit of all of the construction contractors he serves across the USA. Visit http://www.fasteasyaccounting.com/randal-dehart/ to learn more.

Our Co-Founder Randal DeHart - Is a Certified PMP (Project Management Professional) with several years of construction project management experience. His expertise is construction accounting systems engineering and process development. His exhaustive study of several leading experts including the work of Dr. W. Edward Deming, Michael Gerber, Walter A. Shewhart, James Lewis and dozens of others was the foundation upon which our Construction Bookkeeping System is based and continues to evolve and improve. Check out our Contractor Success Map Podcast on iTunes and Follow Randal on Google+